The Executive Governor of Lagos State, Mr Babajide Sanwo-Olu has commended the promoters of the Lekki Deep Sea Port project, Lekki Port LFTZ Enterprise Limited on the level of work done so far on the construction of the deep-sea project.

The Governor gave this commendation during an official visit to the Lekki Deep Sea Port site on Friday, March 19, 2021, with some members of his executive cabinet for an onsite assessment of the project. 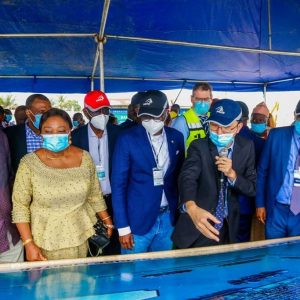 Sanwo-Olu noted that the promoters of the project, China Habour Engineering Company (CHEC) and Tolaram have demonstrated a very high sense of commitment and capability especially by keeping to the construction schedule and timelines ensuring that the construction is now at 47 per cent despite the impact of the COVID-19 pandemic. 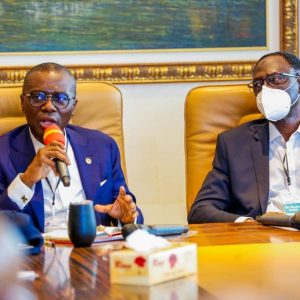 “We are really excited about the level of work done as we have seen here. What we have seen is actually encouraging. This project is going to transform the way we do commerce. With the completion of the project, turnaround time will be faster; the movement of goods will be cheaper, we can see businesses booming and ease of doing business will be improved,” he said.

In his own remarks during the visit, the Managing Director of Lekki Port, Mr Du Ruogang assured the Governor and his team of the commitment of the company and CHEC in its capacity as EPC Contractor to deliver the port as scheduled.

“I am excited to lead the team to work on this project. Within the last 3 months, we have made a lot of progress not only on the funding but also on the construction work. This is a demonstration of China’s commitment to the development of Nigeria’s economy. We are trying our best to start commercial operations before the end of 2022,” Du said.

While welcoming the Governor and his team to Lekki Port, the Chairman of Lekki Port, Mr Biodun Dabiri thanked the Governor for his invaluable support and assistance towards the actualization of the project since he took over the mantle of leadership in the state.
Dabiri also reminded the Governor of the urgent need to help improve the road infrastructure especially the main access road to the port from Eleko junction, which is key not only for Lekki Port but also other projects and development in the axis. 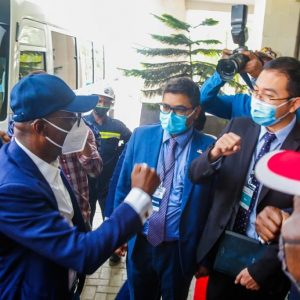 “From what I can see, in the next four to five years, the economy of the Lekki environs would be worth US$25billion which translates to NGN10trillion – an investment amount almost similar to the whole budget of Nigeria. I can tell you that if we focus on this axis alone, the ranking of Lagos as one of the largest economies in Africa would be better, we could move from the 4th to 3rd, 2nd and eventually Number 1,” he stated.